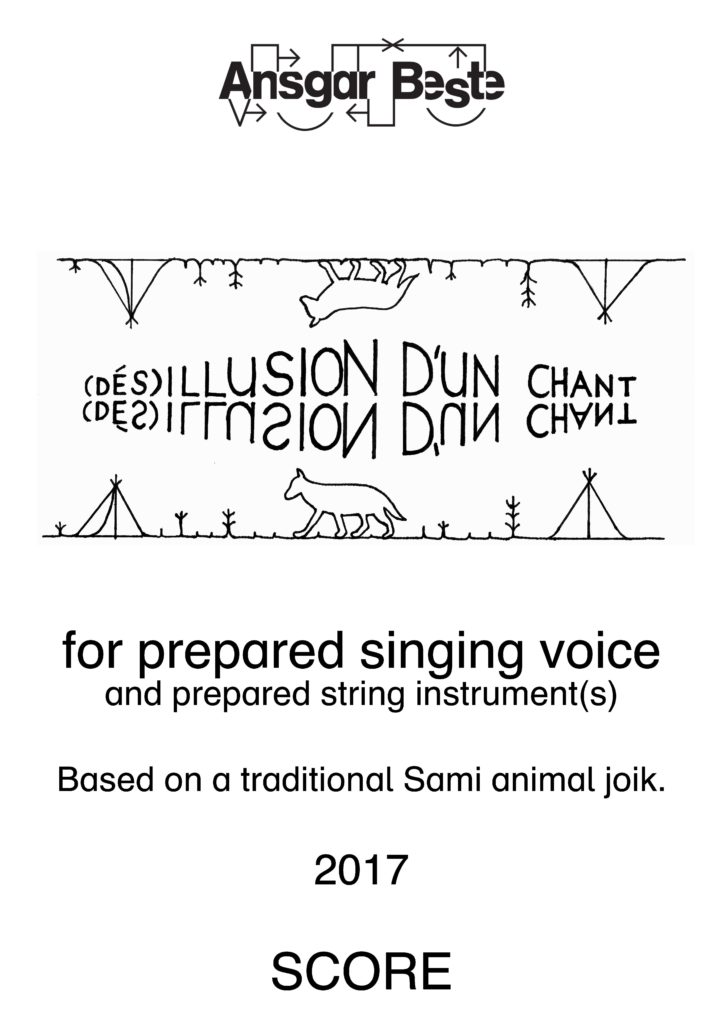 The main idea of the piece is to create the illusion of a song, by using short joik fragments and increasing them in length and density. After the climax (at the golden section) the song is de-constructed again, making the illusion a disillusion.
The work is supposed to merge classical avant-garde music with traditional Nordic folk music. At the same time, the work shall deliver a unique contribution to the Romantic lied tradition.

The vocal part is based only on one joik, a folk melody from the Sami people of Lapland, a cultural region in Northern Europe (Norway, Sweden, Finland, Russia).
Joiks are short melodies, performed soloistically without coherent lyrics, with only few words or phonetic syllables and with a noise-like chesty vocalization. Joik melodies are usually repeated many times during the recitation with a gradual rise in tempo and tonality towards the end.
Most of the joik melodies represent famous people from the past, but some represent animals of the region. These animal joiks imitate the cha­racteristics of the animals’ sounds and movements. In this case, the joik melody represents the wolf.