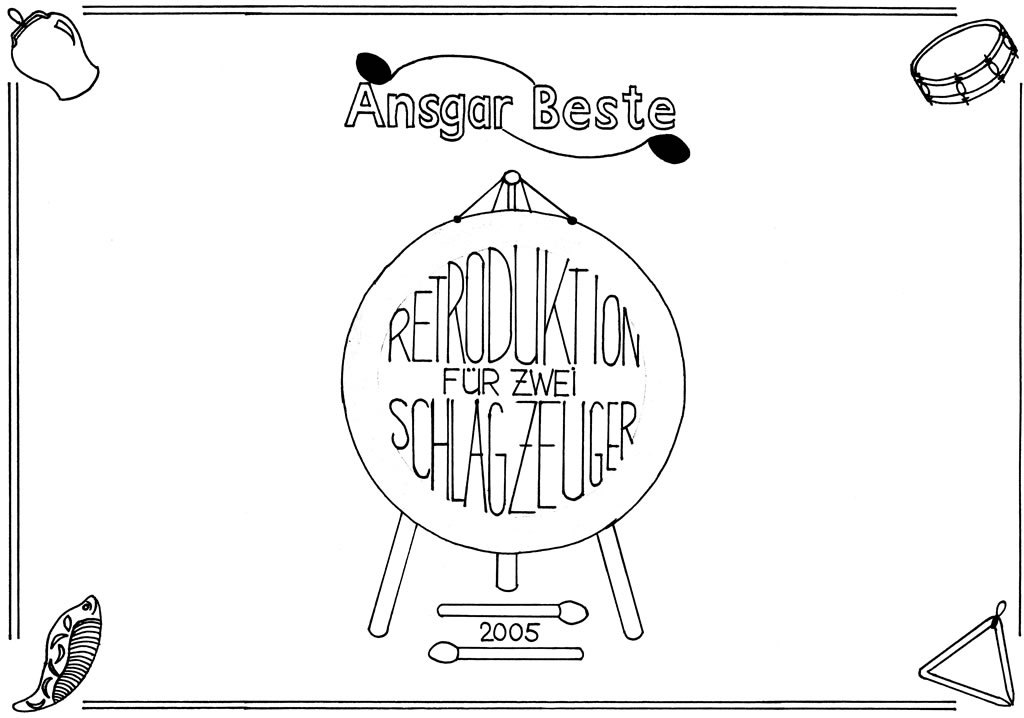 In the forefront of this quite improvisatory composition a systematisation and categorisation of the used per­cussion in­stru­ments to skin, wood and metal sounds was carried out.
Formally a tam-tam beat and a tutti introduction is fol­low­ed by a threefold exposition, alternately with skin, wood and metal pre­dominance. A freer middle section leads through a stylised snaredrum-hihat-progression and a virtuoso charging to a cul­mi­nation (approxima­te­ly) at the golden section.
In the following recapitulation the formal parts proceed in the opposite order – vibraphone (metal), marimba­phone (wood) and timbal (skin) all shine with a com­men­ted solo cadenza until the piece is concluded by a tutti coda and a final tam-tam beat.
Both percussion machines are arranged in two semi-circles so that both players begin together at the respec­tive inner end of the semi-circle, remove to the outer end of the semi-circle during the first half of the piece and back again during the second half. So the title “retroduction” affects both sound and motional dramaturgy regarding the return to the initial state.