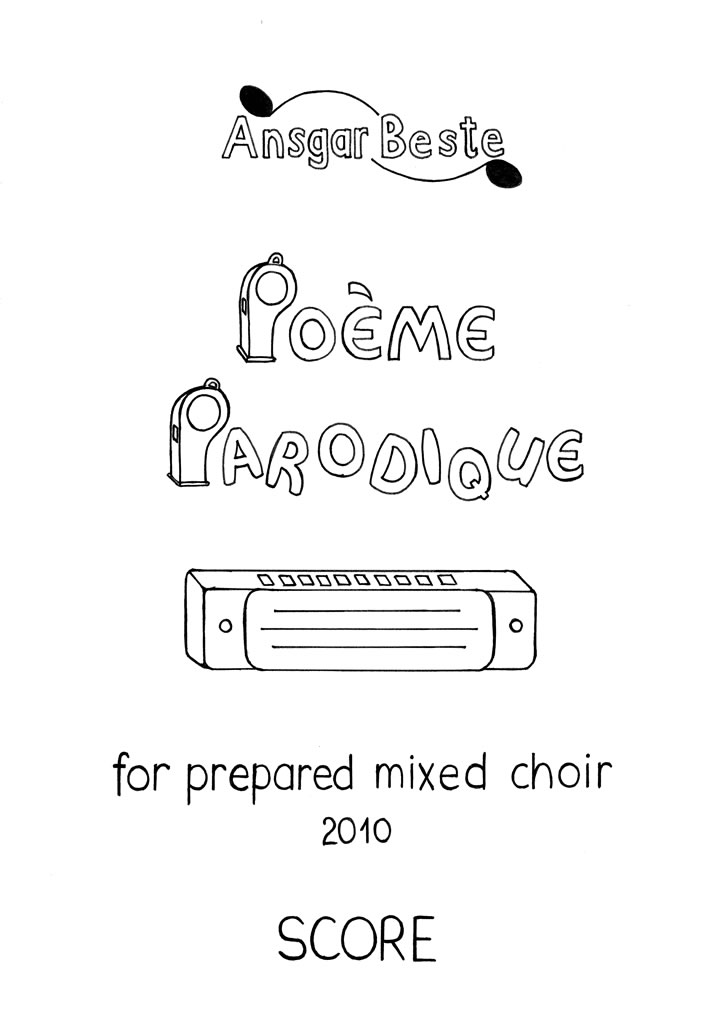 The main idea behind the piece is a confrontation of two timbral pro­ces­ses within the sound world of a prepared 12-part mixed choir: On the one hand, a poetic lava of slow­ly mov­ing sound masses from harmonica playing sin­g­ers, on the other hand, a parodistic fire­worksof emotional, theatrical and quickly moving in­ter­jec­tions from whistle blowing speakers.
Formally, the composition is divided into 8 sections, of which sections 1-4 and 7-8 rep­resent the confrontation between 6 singing and 6 speaking voices, whereas sec­tions 5-6 are entirely sung and form a kind of static climax.
The development of den­si­ties runs in the same direction (in both timbral processes) in sections 1 and 8, but in opposite directions in sections 2, 3, 4 and 7. The develop­ment of pitch or brightness proves to be rather static in the spoken layer, but dynamic in the sung counterpart, in which the registers are rising between sections 1 and 4, but falling between sec­tions 7 and 8.